Opened by critically acclaimed, chef/owner Robert Wiedmaier, Wiedmaier stays true to his Belgian roots creating and cooking casual, affordable fare in the "brasserie style" of serving all day from lunch to late night. Beck is an ideal place for a quick meal anytime of the day; oysters from the raw bar, moules and frites with a trio of homemade dipping sauces, a Charcuterie Plate or the classic Belgian mainstay of Beef Carbonnade or Crispy Skate Wing.

Beck's stunning and spacious bar boasts the most comprehensive Belgian beer list outside Belgium with nine+ draught beers and over 100 offered by the bottle. We welcome the locals, our neighbors, nearby businesses and anyone else looking for a great meal in a memorable setting of the old world mixed in with the new. 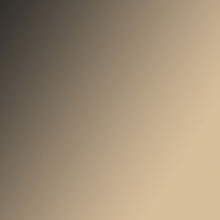 When you spend countless hours of your days-off in a freezing cold duck blind, or stalking deer, or waiting for fish to bite, you gain a whole new appreciation of the animal you're attempting to kill. That time and effort [and let's admit it: a certain amount of discomfort] makes you respect it more. You have a deeper investment in its fate. And you have a responsibility for what it becomes. It's a responsibility chef Robert Wiedmaier takes very seriously.

He practices classic, whole animal butchery. "If you're going to kill a rabbit, don't strip out its loins and toss the rest. Use all of it!" roars the robust, 6', goatee-d, Harley-riding chef. This attitude applies equally to rabbits as to the 30 Randall Lineback calves that are reared for him annually at Chapel Hill Farm out in Berryville, Virginia, and to the thousands of fish delivered fresh and intact to his restaurants in downtown and suburban Washington.

Named Washington's Chef of the Year by the Restaurant Association of Metropolitan Washington in 2009, Wiedmaier was inducted in Brussels, in the summer of 2012, into The Knighthood of the Brewers' Mashstaff, a century old brewer's guild that honors individuals who embrace and promote Belgian beer. Chef Wiedmaier's establishments offer the largest selection of Belgian beer around and also has an exclusive beer brewed for him, Antigoon, a double blonde ale, named for the gory aftermath of the legendary conflict between Brabo and the mythical giant, Antigoon, of medieval Antwerp.

Less concerned with honors than with living life to the fullest, when he's not in the kitchen Wiedmaier is out on his 32-foot Luhrs, having fun with his boys as he teaches them not just how, but the full meaning of bringing fish from open waters to the table. The James Beard award winning PBS program Chefs A'Field captured that exact scenario in one of its episodes. As a member of the Wild Alaska Seafood Congress of Conscious Chefs, Wiedmaier confirms his deep regard for nature. "This is the most raw and natural way of teaching respect, as it's truly not all about the sport." His new found branding -Full Circle Chef-exemplifies what he holds closest to him-living the dream, but practicing it with grace, admiration, and humility.

For the Newark native, Brian McBride, his dad had one simple rule: his sons needed to learn about responsibility and that came with working, beginning with a summer job at age 14. Smart man, because it kept him out of trouble. Young Brian landed in a restaurant washing dishes, the life stuck, and he rose right to the top of the Washington culinary scene.

His first step toward making the after-school gig a professional reality was heading off to Providence for an intensive 12-month program at Johnson & Wales. It opened up a whole world of cuisine for McBride, who realized that this was a job he could do for 100 years - and still be learning. Sure enough, a third of a century later, he still is.

Right out of school, McBride landed a job in Cambridge at the Empress Room at the Hyatt, then at the cutting edge of the hot trend that became known as Asian Fusion. After a while, his career with Hyatt brought him to London, where for six months he was immersed in the world of traditional French cuisine at CarltonTowers. A brief break from Hyatt found him working in Cuernavaca, Mexico at Las Mañanitas, a Relais & Châteaux property, creating authentic Mexican cuisine; for three years afterward, McBride remained on board as a consulting chef.

Returning to the Hyatt, he opened The Park Hyatt Washington, DC in 1986 - and stayed on for 26 years, the last 20 of which he served as executive chef, overseeing food service throughout the hotel. Melrose, the hotel's signature fine dining restaurant, became a Washingtoninstitution, renowned for its nouvelle cuisine and the Asian fusion menu that McBride developed from his experience at the Empress Room. After nineteen years, he created the celebrated Blue Duck Tavern that took Washington by storm. Its down-to-earth dedication to farm-freshness and time-honored techniques in an atmosphere of elegant simplicity earned McBride top accolades and a reservation list a mile long.

For over the course of all those years, he formed a close bond with fellow chef Robert Wiedmaier, whose career paralleled his own in the Washington hotel world before Wiedmaier opened Marcel's, the #1 restaurant in town, according to Zagat. The friendly rivalry between Marcel's and Blue Duck Tavern for top spot melted away in 2011, when the two friends decided to become partners. For McBride, being released from the demanding administration of multiple hotel outlets means a long-awaited opportunity to concentrate on cuisine. For Wiedmaier, it means a partner with exceedingly high organizational skills, who shares his commitment to traditional culinary values.

McBride joins Wiedmaier as Partner-Chef, with an immediate focus on re-establishing the strong brasserie presence of Brasserie Beck. Revising the menu with all the dedication to integrity of ingredients and technique for which he was known at Blue Duck Tavern, he is all about getting back to 'real food.' "It means taking farm fresh local product, and treating it in a rustic, rural, often time-consuming style of cooking. That's what traditional Flemish cooking is all about - same approach, different geography." Revealing a key addition to the menu, he explains, "take a cassoulet: it takes an entire day to make it right, and another day or two to reach optimum flavor." Old-style French cuisine, he points out, is not so far from old-style American cooking: how different are a classic Pot-de-Feu and a Yankee pot roast, after all? He is also bringing back the old fashioned plats du jour system to build a loyal following for daily specials, like a Monday Côte de Boeuf for two with au gratin potatoes and squash purée with maple syrup.When you spend countless hours of your days-off in a freezing cold duck blind, or stalking deer, or waiting for fish to bite, you gain a whole new appreciation of the animal you're attempting to kill. That time and effort [and let's admit it: a certain amount of discomfort] makes you respect it more. You have a deeper investment in its fate. And you have a responsibility for what it becomes. It's a responsibility chef Robert Wiedmaier takes very seriously.